So back in October, Kevin and I heard about a pitch competition hosted by Channel Fluxx. The YouTube channel was looking for web series content to help boost their page. All they required was a two to three minute pitch outlining our idea. The top 9 pitches would be given the go ahead for a pilot episode. The top 2 episodes would then get the green light for 6 more episodes, a season. So when Kevin pitched it to me, we had about 3 weeks to come up with something… no pressure. However, after some time, The Teacher Project was born.

The Teacher Project is a sort of mockumentary narrative about a teacher on the cusp of complete burnout. It wasn’t really too difficult to write, since I’m a teacher on the cusp of complete burnout. I was able to create minor characters with ease; a love interest for the main character (well, her interest, not his), a by-the-books, in love with her job teacher, and a totally off her rocker teacher – all modeled after people I have worked with over the years. I think I finished the first draft in like two days. About a week after that, we had a pilot episode. Like I said, it wasn’t too difficult… until it came time to do the pitch video.

Kevin met me at the school one afternoon after school let out. The idea was to shoot that 2-3 minute pitch and then discuss how the series might play out if we placed in the top 9. We set up the camera, where we would sit, and a brief idea of what to say. And then we hit record…..and…. well it wasn’t pretty. See neither of us are comfortable in front of the camera. Behind the camera, no problem. In front, not so much. There was a lot of nervousness and fumbling for words. It was like Tony Romo bad. However, about two hours later, we thought (secretly hoped) we had enough. Though I do feel bad for the guy who edited that video. 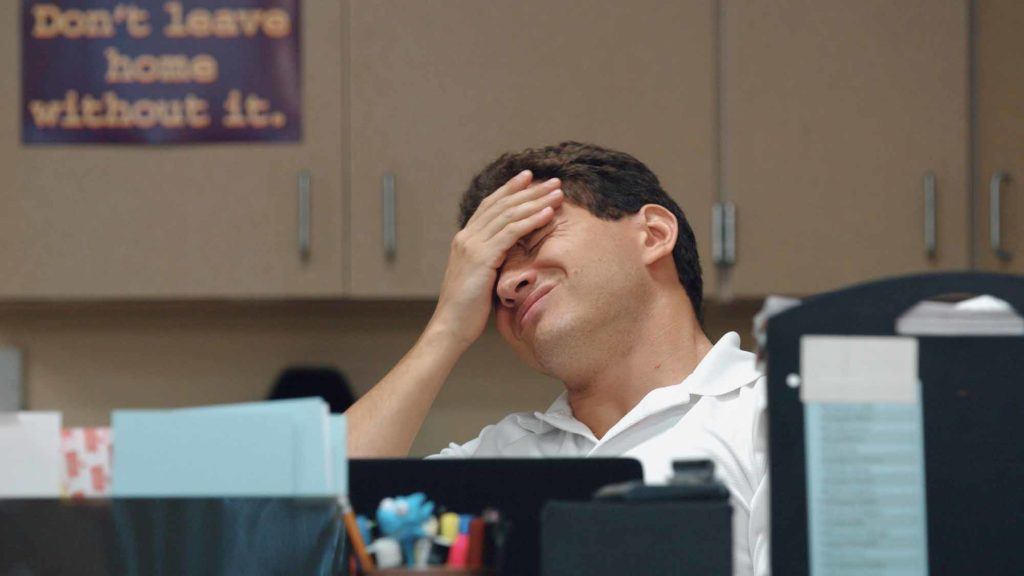 We submitted that catastrophe to Channel Fluxx and somehow a few weeks later heard back from them. Top 9! Time to make a pilot… and get a cast. 😨