Several months ago, we produced a parody music video that Kevin asked me to direct. The song was 5th Harmony’s “Work from Home” and was involving many employees from a department within Power Design. It is honestly a pretty sexy video, but that made the parody even easier, especially when most of the employees are electricians…male electricians who work hard during the day, but don’t always have time to hit the gym (if you know what I mean). The first parameter was sleeveless undershirts for all of them.

Combined with this group of guys were five attractive women, who “flirted” during the music video. If you were to see the real video from 5th Harmony, you would completely understand the parody here. It turned into a hilarious concept. I have to give credit to those guys also, they did a fantastic job throughout the entire shoot.

One of my favorite shots was also the first one we shot. We had the girls outside dancing on a set of stairs with the guys behind them. There were probably twenty of them up there. The girls had a choreographed dance, which we combined with the guys behind them “dancing”. This led to a hysterical scene. At first, they were very withdrawn, not really wanting to loosen up. But after I cracked a few jokes with them and telling one of them that they were dancing WAY too sexy, they started to get into it. By the end of that scene, everyone was laughing and having a good time. It really set the tone for the rest of the night. 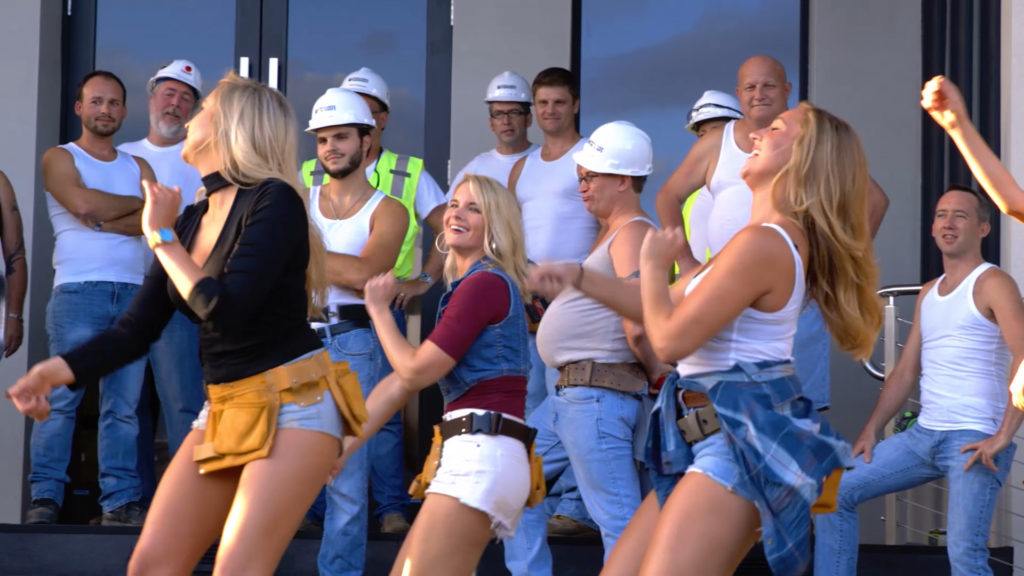 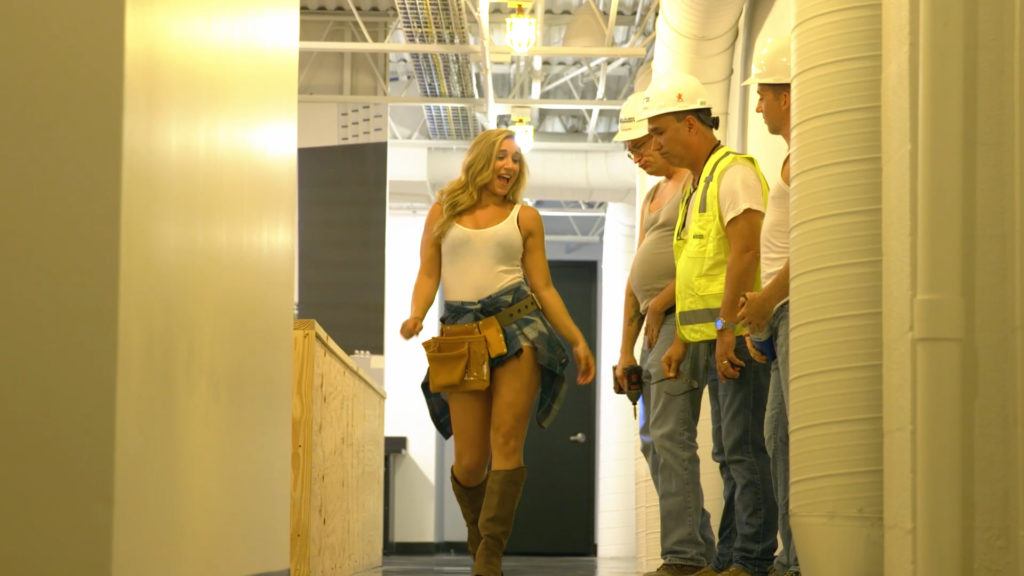 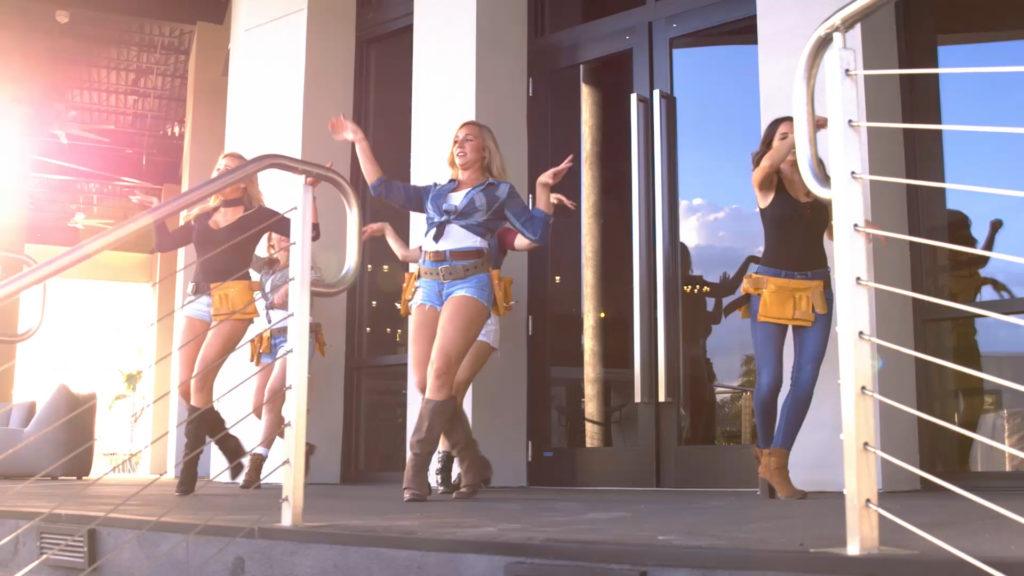 On the other-hand Kevin’s, the Director of Photography, favorite scene was upstairs when one of the girls walked a hallway captivating three of her co-workers. Kevin wanted a slow establishing slider shot to reveal the walk. From there he decided on a head-to-toe low angle shot to see the reactions of the workers as she walked past. You can easily see what that was a good decision as we got an outstanding reaction. During the editing process this ended up being one of the many shots that were slowed down. During pre-production Kevin decided that we would shoot it all in 60 frames per second. This was to establish a cinematic effect, even in a parody, but also to give us the flexibility to do what we wanted in post.

All in all, in turned out to be a great video and a very fun experience, probably for them as much as us.